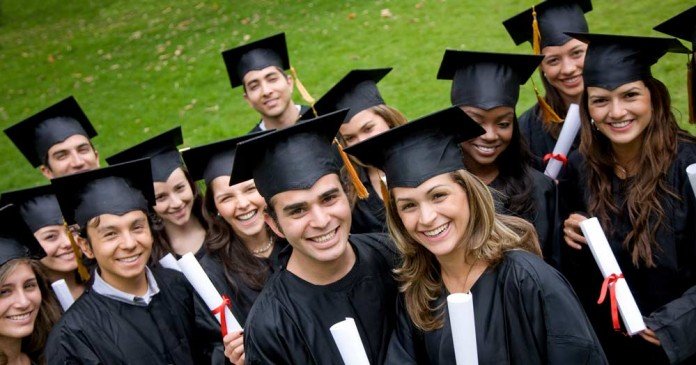 Students looking for universities in Cairo will encounter a range of options as vibrant and varied as the city itself. Whether you want a specialist or multidisciplinary institution, central or more suburban surroundings, or the option to combine a flexible study schedule with your career, your chances of finding a good match in Egypt’s capital are high.

AUC is an independent English language university offering an American-style education at the undergraduate, graduate and professional levels. The student body represents over 100 countries. The faculty members and visiting lecturers include academics, professionals, diplomats, journalists, writers and others from the United States, Egypt and other countries. In 2015, the QS World University Rankings placed AUC 345th in the world, 4th in Africa and 1st in Egypt. AUC holds institutional accreditation from the Middle States Commission on Higher Education (MSCHE) and from Egypt’s National Authority for Quality Assurance and Assessment of Education (NAQAAE).
Where: New Cairo
Contact: +20226151000, Website, Instagram, Facebook

Founded in October 2003, the German University in Cairo is an independent, non-profit Egyptian private institution, managed by a consortium of Germans and Egyptians with the vision of building a leading center of excellence in teaching and research that will effectively contribute to the general welfare nationally and internationally and endeavor the scientific, technical, economic and cultural cooperation between Egypt and Germany. The University offers German-European style learning programs at the undergraduate, graduate and professional levels, along with a continuing education program.
Where: New Cairo
Contact: 16482, Website, Facebook

The British University in Egypt is a private Egyptian university in El Sherouk, Cairo. Founded in September 2005, through an inter governmental agreement, the University provides a British style of education. BUE degrees are validated by their British university partners in accordance with the UK quality assurance agency procedures. Accordingly, the most successful BUE graduates receive two awards: a UK degree and a degree accredited by the Supreme Council of Egyptian Universities. Located some 30 km from downtown Cairo, the campus covers approximately 40 acres (fedan) of land with some 27000 m² space of modern purpose-built teaching facilities.
Where: El Sherouk City
Contact: +20226890000, Website, Instagram, Facebook

Cairo University is Egypt’s premier public university with its main campus in Giza, immediately across the Nile from Cairo. It was founded in 1908 and is the second oldest institution of higher education in Egypt. It was originally founded and funded as the Egyptian University by a committee of private citizens with royal patronage in 1908 and became a state institution under King Fuad I in 1925. In 1940, four years following his death, the University was renamed King Fuad I University in his honor. It was renamed a second time after the Free Officer’s Coup of 1952. The University currently enrolls approximately 155,000 students in 22 faculties. It counts three Nobel Laureates among its graduates and is one of the 50 largest institutions of higher education in the world by enrollment.
Where: Giza
Contact: +20235676105, Website, Facebook

MSA University was founded in 1996 by Dr. Nawal El-Degwi, a pioneer of the Egyptian private education sector, with the vision to provide the best of British higher education in Egypt. It is the first Egyptian university to grant its graduates a dual-origin bachelor’s degree; namely a British degree from Middlesex (2002-2014), Bedfordshire (2014-present) or Greenwich (2002–present) universities, and another Egyptian degree which is accredited by the Egyptian Supreme Council for Universities. Thus, MSA University graduates enjoy the privilege of attaining scholarships and have the chance to pursue their MA and PhD studies in the United Kingdom.
Where: 6th of October City
Contact: +20238371517, Website, Facebook, Instagram

6Misr University for Science & Technology (MUST)

MUST is a university located in 6th of October City. MUST enjoys full legal recognition by all educational authorities In Egypt and is authorized to grant B.A, B.S, M.A, M.S, and Ph.D. Degrees in different fields of study. MUST is an active member of the Association of Arab universities, the International Association of university Presidents and the Association of African Universities. MUST has been assessed and certified as meeting the requirements of ISO 9001:2008 for Educational Service management for students after high school.
Where: 6th of October City
Contact: +20238247455, Website, Facebook, Instagram

October 6 University (O6U) is a private university in Egypt. It was established by the Republican Decree in 1996. O6U is located in the 6th of October City, 32 km from downtown Cairo. The O6U Campus consists of four educational buildings, the teaching hospital and the hotel for female students, while the central library and male students hotel are located 150 meters away from the campus. October 6 University has about 14,085 students. All the awarded degrees are accredited and validated by the Egyptian Supreme Council of Universities. The University is a member of the Association of Arab Universities since 1997 and also a member of the Association of African Universities.
Where: 6th of October City
Contact: 16704, Website, Facebook

Misr International University is an undergraduate private university located in the suburbs of Cairo. Established in 1996, in Maadi, The University changed its location to km 28 Cairo-Ismailia Road. Misr International University’s mission for the next two years is to expand the focus of the institution by establishing a postgraduate program. Additionally, MIU plans to introduce new fields of specialization in different faculties.
Where: Cairo – Ismailia Road Ahmed Orabi District
Contact: 19648, Website

Situated in the heart of New Cairo, Future University in Egypt (FUE) is a leading private university in Egypt. Founded in 2006, FUE is a place where curiosity prevails, and where exploring new ways of thinking and pushing boundaries is the norm. Over the past decade, FUE’s reputation has been improving at an exponential rate. The teaching quality, innovative approach, stunning campus and unrivalled research has enabled FUE to leapfrog more established universities to the forefront of our ranking. The campus alone is something to behold. It is a thoughtfully designed environment where students can realize their full potential, learn from the brightest minds and go on to make a positive difference after graduating. FUE is the first private university in Egypt to offer a dental hospital on campus. FUE has six fully-accredited faculties as follows; Oral and Dental Medicine, Pharmaceutical Sciences and Pharmaceutical Industries, Engineering and Technology, Economics and Political Science, Commerce and Business Administration, and Computers and Information Technology. According to our assessment, employment rates for graduates are much higher than the average, which we attribute to FUE’s emphasis on practical, ‘real-life’ skills that employers value.
Where: New Cairo
Contact: +20226186100, Website, Instagram, Facebook